It’s meme time! Lindsay has tagged me so without further ado, I give you: twenty things about myself.

Since you’re supposed to spread this meme, and since I know he just loves these kinds of assignments, I am hereby tagging Juan. (Sorry man!) 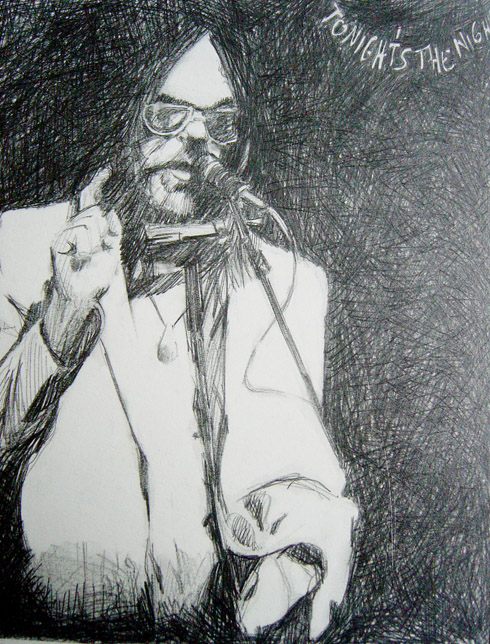 Suitable for a first of November I guess: my interpretation of Neil Young as pictured on the cover of his seminal album Tonight’s The Night which deals with drug-abuse and subsequent death. The songs on it are raw, unpolished and very dark. If you haven’t given TTN a listen, you really should. Followed by some of Paul Anka’s “Rock Swings” because, you know, we all need to take a break from being deep, torn, twisted and profound every so often!