Neil Young, Living With War. Have a listen.

I can tell because today, for the first time, insects of various persuasions got splattered all over my front windshield while I was driving home from work.

The Case Of The Enigmatic Postcard

Carrying on with my previous post, here’s a little bizarre story for you. Couple of days ago i was browsing through the pictures while making this ecard for Weirdo Cards, when Gabriela asked if she could have a look. She inserted the cd, clicked randomly on some pictures and within seconds, she came across this picture:

A postcard — sent from Argentina in 1932 to someone in Ypres, by one Leonardus who is a relative of mine! We went through my dad’s notes and it turns out there was a Leonardus who apparently immigrated there around that time.

Wondering whether there would still be offspring of this man in Rosario, Argentina, Gabriela (who is Argentine) consulted some local phone directory and came across an Yvonne Verfaillie. She called her on the phone, and sure enough: she’s the granddaughter of said Leonardus.

Ecards, postcards, Argentina, voices from the past, all tangled up in one wondrous serendipitous event. Gabriela has all the pictures and some updates…

Journey Through The Past

Near the end of his life, my dad took up an interest in genealogy. He would write to relatives and friends asking for any relevant photo material. The response was pretty huge. He’d receive envelopes filled with vintage pictures on a daily basis — and since he knew I was The Computer Savvy Family Member, he made me scan every single one of them. Over 600 pictures, postcards, birth/death certificates, etc.

My interests lay elsewhere, however. I would scan them high-res, save to disk, and forget about them without as much as giving the scans a look. Yesterday, I dug up the “Genealogy CD” and actually had a look at some of the photos.

My great grandfather. The setting is what Hollywood’s Scary Movies are made of: 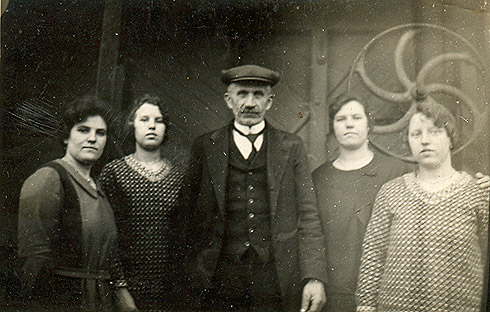 Here’s my dad some time in the mid 50s, Greaser DeLuxe: 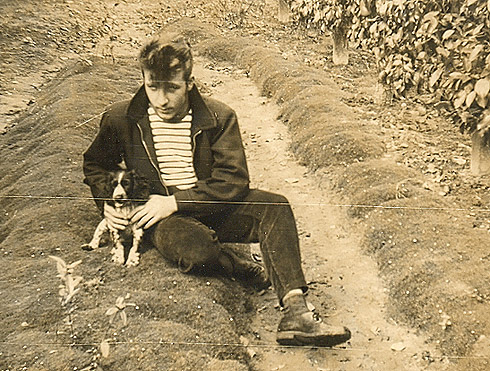 When talking about how they met, my mom always refers to him as a “50s BeBopper” — which he was not, at the time. My dad was into Elvis, Fats Domino, Buddy Holly – that kind of music. He couldn’t care less about Dizzy Gillespie, Charlie Parker or the novel freestyle jazz.

Delving further, I came across this: 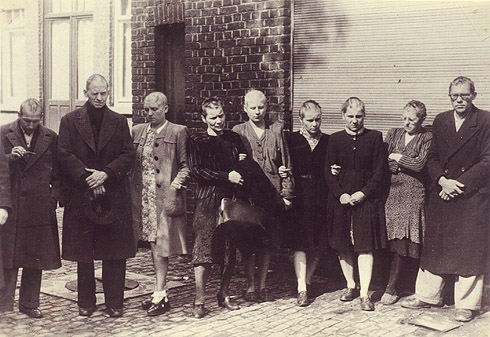 There is no date on this but I’m pretty certain this photo was taken in my home town right at the end of the 2nd world war. Nazi collaborators were rounded up for photo-shoots. Women would have their hair shaved and have to pose for the photo session. I don’t know who these people are, but the image is haunting.

Then there’s this one from the late fifties. Members of WW2 Resistance receive a medal. My grandfather was one of them. He’s 5th from the left. 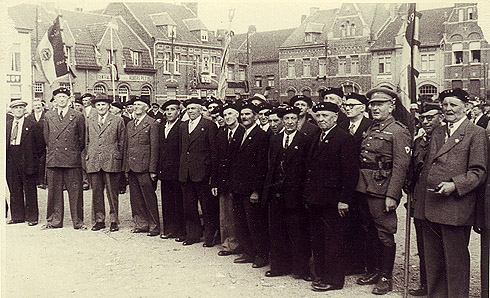 In our never ending quest to promote Weirdo Cards, Gaby came up with an ingenious idea that does not involve any online activity at all: bookmarks — physical bookmarks that is. We’ve made a couple of bookmark designs, had them printed out and plastified, and now we plan on making them available for free in libraries. A “take these, they’re free!” kind of a deal. This is what they look like: 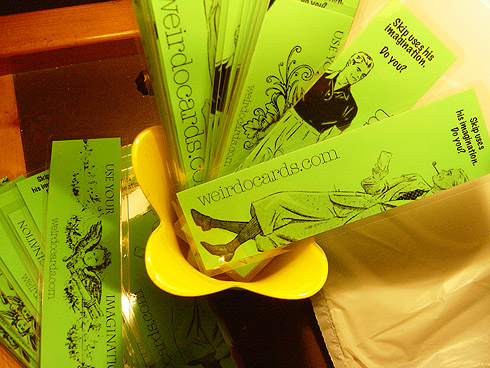 In case you want to spread these bookmarks through your local library (you can’t be bothered obviously, but humour me), just drop a note, and we’ll be sure to get back to you.