A gnome, wikipedia will have us believe, is “a mythical creature characterized by small stature and living underground”.

But what about oversized, androgynous, sexually ambiguous gnomes with a penchant for open air activity and sassy boots?

We need some color. Second pass: 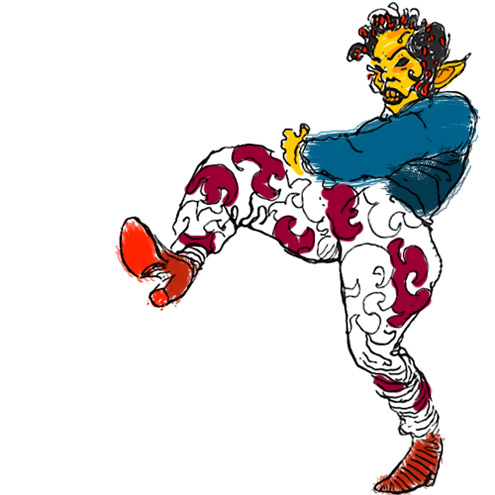 A little background imagery to finish it off… 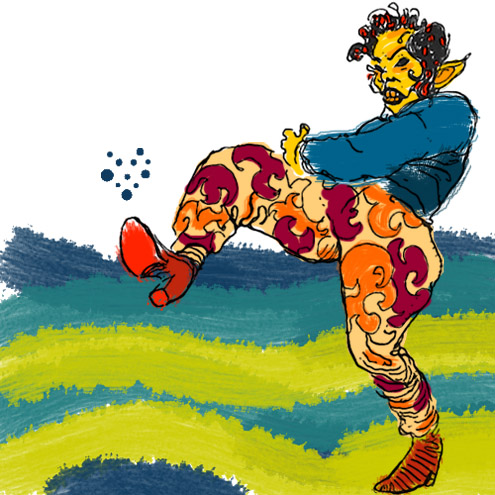 … and that’s how you draw an androgynous gnome.

Thank me not! The eCard is available at the exit. Don’t forget your guide.

When I was in art college back in the early 90s, this is how I spent many an evening — aimlessly doodling. The internet as we now know it was non-existent, I had no computer and no TV in my little appartment. What I did have was a turntable playing Neil Young records, a pen, ink, a coffee machine working overtime, and a lot of spare time. There was no horror vacui, no deadlines, and whatever I drew was strictly for my own enjoyment. An example (click to see the whole thing): 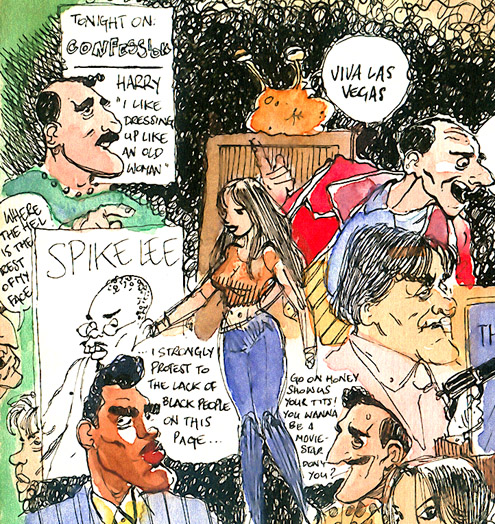 Well here we are: I think the tattoo drawing is pretty much finished. I had some trouble making the cherub top left look “less evil” (per request of the client who for now, shall remain nameless!) — I wonder what that says about my personality. The solution came by way of Gaby who superimposed an image of a cherub’s face in Photoshop and went on to draw the eyes, nose and mouth from there. Now you may consider this cheating but it did get the job done, so what the hey…

Here’s approximately the final size of the tattoo: 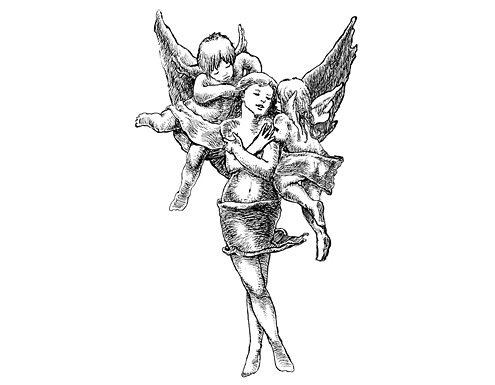 … and here’s how I imagine it will more-or-less look tattooed on skin: 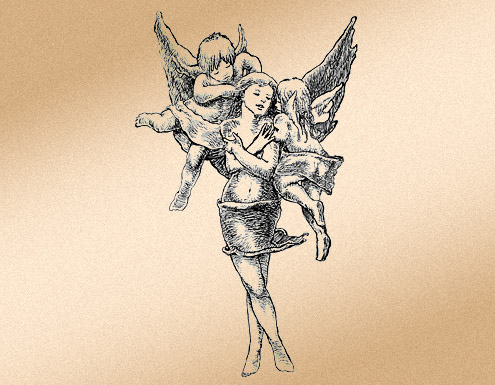 I can tell you one thing: it’s gonna be a while before I draw cherubs again.

So here’s the result of my second stab at a tattoo drawing. 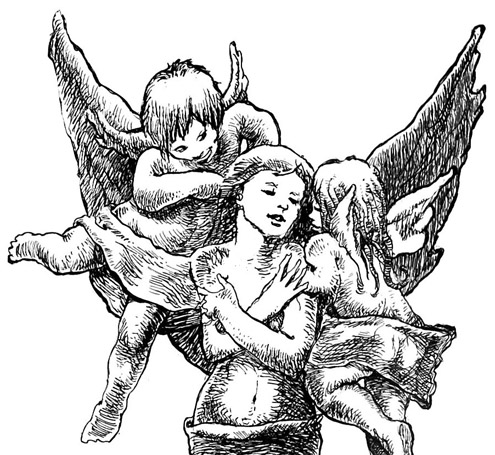 Thicker lines, lots of crosshatching. For those interested, here’s how I went about this:

Had a bit of fun with Gawker and Quicktime Pro. In reality the movie below was shot in a timeslot of three hours, but Gawker’s time lapse feature reduced it to a mere 23 seconds. Provided I didn’t mess up the html, you’ll see me drawing a second draft of the previous entry’s sketch, as well as having a couple of hamburgers…

Edit: here’s Episode Two.
Edit Two: the Quicktime embedding doesn’t seem to work out quite as expected for folks on PC, so here’s a link to the movie instead.