The Ditch And How To Hit It 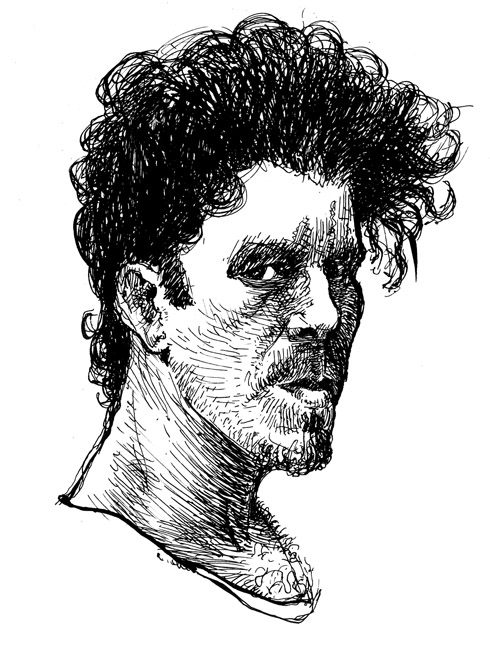 Just to say that sometimes a drawing takes you to places you didn’t expect, and weren’t aiming for to begin with. When that happens, embrace that drawing for what it is. To realize that you’ve hit the ditch can be a most refreshing experience. The ditch is where it’s at most of the time, after all. There is no challenge in being middle of the road. Is there?

The movies are about to start!

Sit back, relax, and enjoy my and Gaby’s interpretation of Frank’s Wild Years.

Update: maybe it’s not a bad idea to show you the end-result: 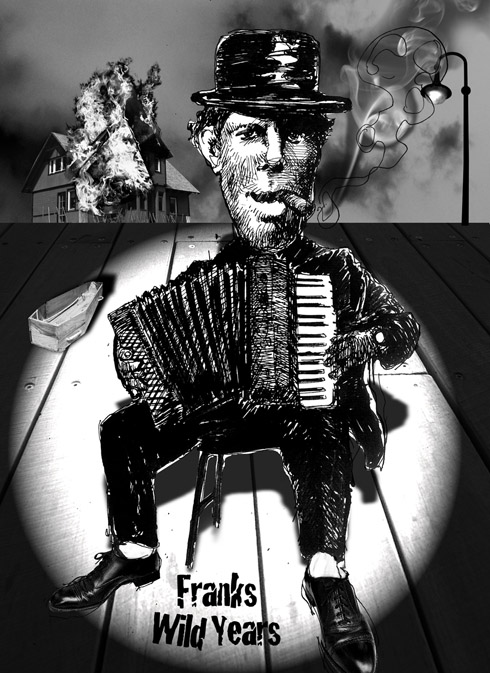 Well, if she’s blogging about it, then so will I!
Chapter 7 of The Project is now pretty much completed.

The original drawing took about 3 hours to complete. Started off with some cautious outlines. I don’t usually begin drawing like this — I’ll typically plunge right in and correct any off-looking lines or sections later. Then again, I started drawing in the early morning, and the caffeine probably hadn’t caught on yet as it has by the time it’s 5pm. 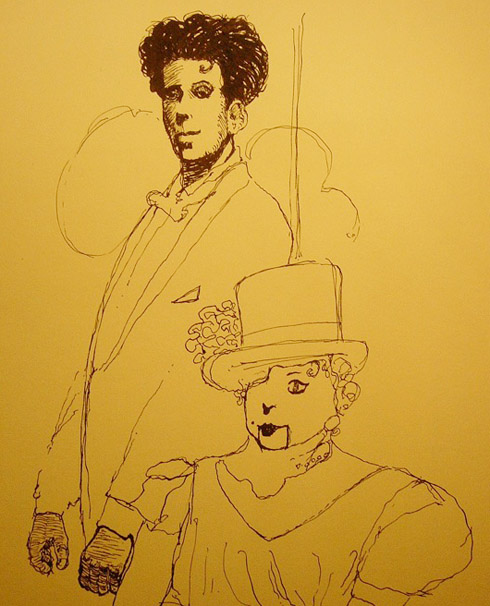 Upon adding in the black area’s, I scanned it, and applied some corrections here and there. TW’s face specifically needed some cosmetic attention. With the exception of that trademark-underlip and the hair, his face is not very easy to draw, at least for me… 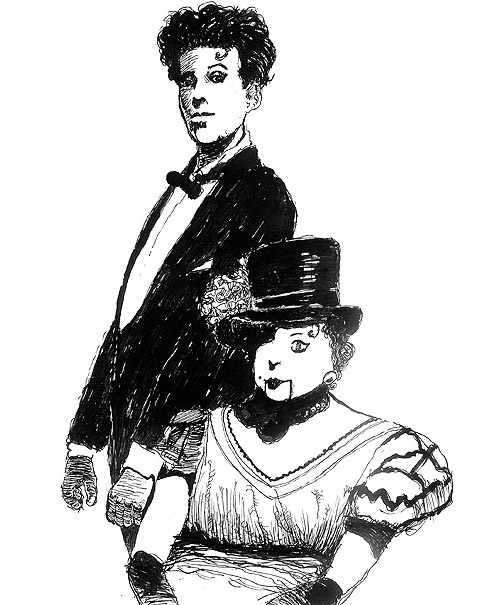 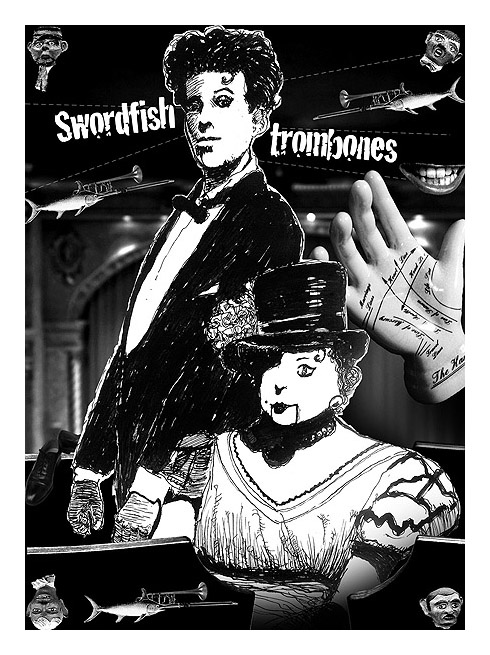 Next up: “Frank’s Wild Years“.

Inanimate objects. For some reason, having to draw them is not my favorite pass-time. However, “Wild Years (the music and myth of) Tom Waits” starts off like this:

[…] in the 1973 press-kit bio for his first album, Closing Time, Waits claimed that he was born in a taxicab with three day’s growth of beard. As soon as he popped out, he told the driver to head for Times Square on the double. In other interviews, he maintained that the driver wouldn’t let him out of the cab until he had come up with the fare — which was pretty tough since he didn’t have any pockets.

… and so a car needed to be drawn. Some model that was around in 1949 to be more exact: a DeSoto!

Google Images to the rescue. Here’s what I started out with: 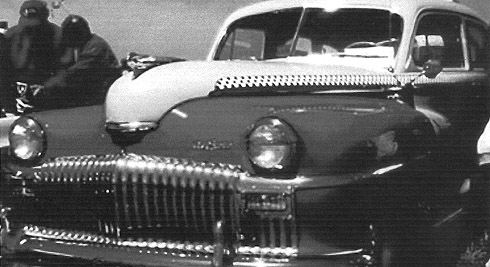 … on to a preliminary sketch: 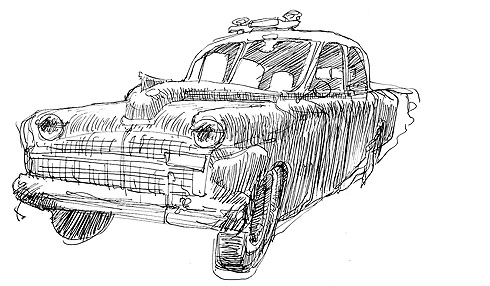 … pretty shabby. Some cleaning up was in order. I transferred the above onto another piece of paper, and realized by now that, in order for the newborn Tom Waits to get out of the car, at least the back door should be open… 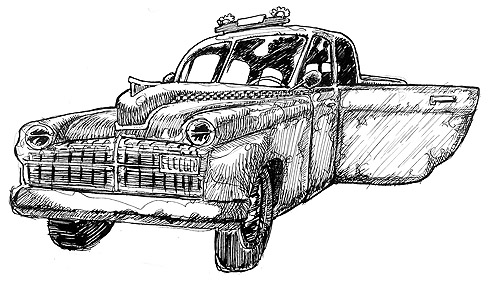 … so that’s the drawing we ended up using. For shits ‘n giggles here’s both drawings super-imposed: 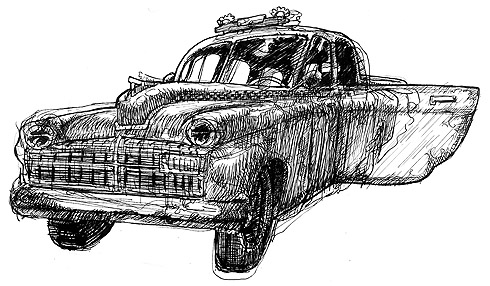