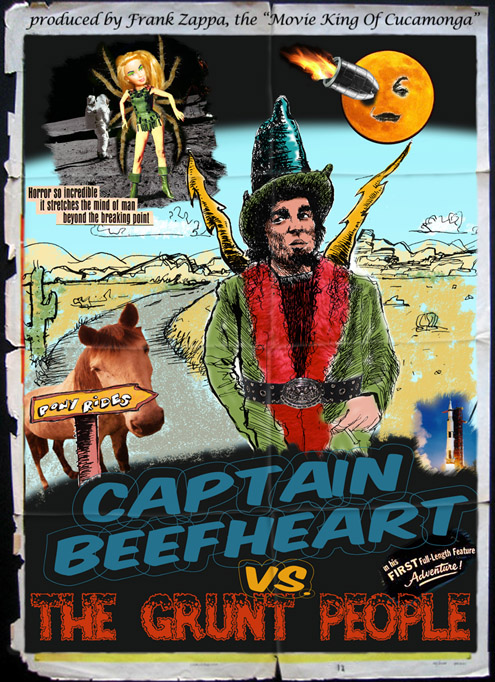 The drawings and some of the coloring are my work, Gaby did the collage, lettering, and added the “aged poster” look. Here’s the original Cpt. Beefheart drawing: 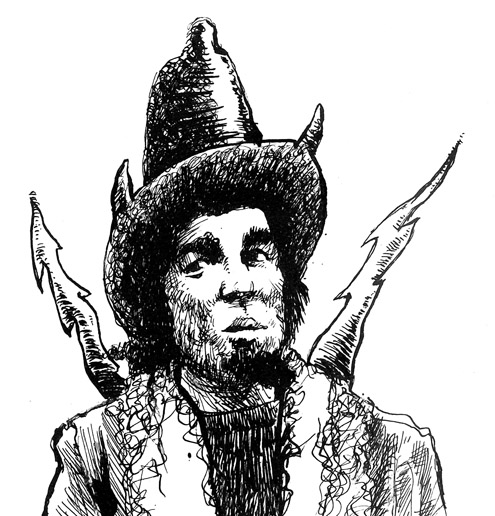 … and here’s a detail of the colored version: 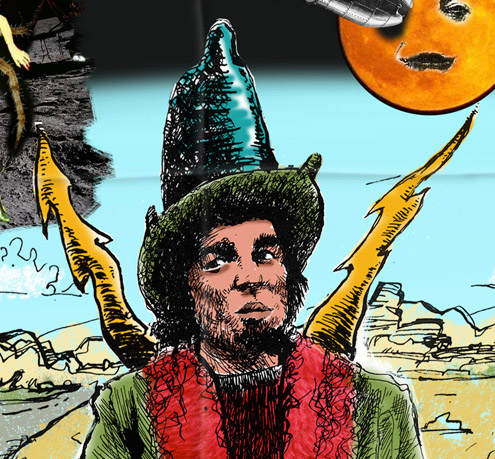