Lots of artwork going on. I’ll most probably be illustrating the German version of a biography of a “very well known musician” (hint: Waltzing Mathilda!). Gabriela and I are also working on a series of collages for a feature film documentary dedicated to Frank Zappa’s Cucamonga days (early to mid ’60s). To whet your appetite, here’s a drawing I made from a very fuzzy photo downloaded from the interwebs: 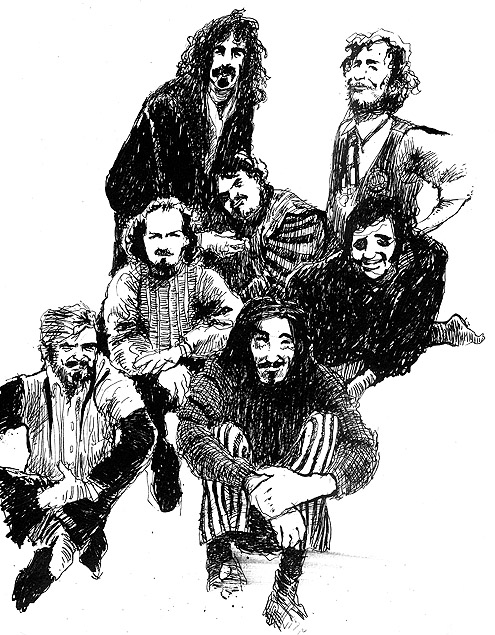 Drawings, Me Myself And I